Blog - Latest News
You are here: Home1 / Commercial Construction2 / 5 Industries that can benefit from Drone Footage

We all know that drones originally surfaced to serve military purposes. But since their launch in the mainstream market, drones have been used in various other industries, businesses, and private ventures. From wedding coverage to rescue missions and real estate marketing, camera drones are everywhere and the footage is being used to boost business across the world.

Just remember to follow the rules and regulations pertaining to drone cameras in your local area. Here are 5 industries that are benefitting from drones.

UAV’s or Unmanned Aerial Vehicles are rapidly replacing standard land-surveillance methods. In fact, drones are growing in popularity so rapidly that the term ‘bird’s eye view’ is now commonly referred to as ‘drone’s eye view.’ Drones are popular in the construction industry because the revolutionary accessory reduces both time and labor to produce accurate surveys.

Using drone cameras eliminates any human errors as they capture all essential data in less time, but more detail. Construction engineers use drones to map and plan construction projects by getting an orbital view of the entire site.

We all see drones hovering above us when we are attending an outdoor event. Whether it’s a concert, book-launch or any other even, drones get clear footage and efficiently cover large areas without succumbing to any turbulence.

Drones are now widely used for news and entertainment purposes as they fill in the gap between ground work and aerial shots. Drones can fly anywhere between 15 and 90 meters and that’s the reason drone videographers get a unique perspective of a music event to capture the true essence of every performance.

Hi-tech and innovative camera drones allow videographers to capture stunning stills and excellent videos to cover the highlights of all major outdoor (and sometimes indoor) events.

Hollywood filmmakers are still waiting for a go-ahead from the U.S government authorities to make drones legal for shooting aerial videos. However, most filmmakers are already using this hi-tech technology to shoot at closer angles and capture better aerial action shots.

The real estate industry can greatly benefit from the advanced features in drone cameras. Not only can drones shoot virtual tours of properties, these innovative photography tools can capture stills from unique angles as well. This includes filming and showing off the surrounding areas and neighborhood.

For that reason, real estate companies are promoting their business better with low altitude video footage to attract both buyers and sellers.

Drones continue to transform conventional wedding videography. Imagine covering a destination wedding from hundreds of feet above to capture all precious moments and cover every inch of the venue.

The best part is that you can also use drones for an indoor wedding event. An on-ground operator can see a live preview of the camera feed, so you can customize your footage while it is being shot.

Add some cinematic movements and post production effects to your wedding footage and you get beautiful videos and photos to cherish for the rest of your life. Be aware that depending on the location of your wedding or party you may need to pull a filming permit. Always check the local laws before flying to avoid headaches and possible fines.

Like any other industry, drones are playing an essential role in the insurance sector. Insurance providers have faced a major challenge in collecting data associated with property damage for many years now. They feel that when a disaster strikes, they often have to send their valuation staff to a dangerous territory, which makes the disaster valuation riskier. Routine inspection provides insurance for the provider and the asset holder.

As drones evolve with time, so will the procedures in many different industries, including the insurance sector. Drones with a combination of technologies including HD cameras and voice recorders have started to define the future of the insurance industry. Companies that are first movers in adopting these robots can gain a competitive advantage over their peers.

Drones are like unmanned helicopters which are capable of capturing beautiful aerial photos and videos. The future looks promising for drones and we are sure to witness several other industries embracing this technology.
February 9, 2019/0 Comments/by LA Drone Footage
https://ladronefootage.com/wp-content/uploads/2019/02/5-industtries-that-can-market-themselves-with-drone-footage.jpg 1333 2000 LA Drone Footage http://ladronefootage.com/wp-content/uploads/2019/01/LA-Drone-Footage-White.png LA Drone Footage2019-02-09 18:53:452019-04-02 16:58:055 Industries that can benefit from Drone Footage 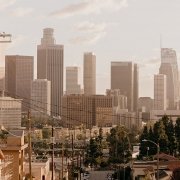 The benefit of drone photography for your real estate business 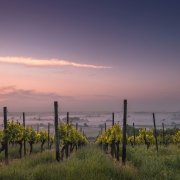 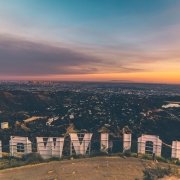 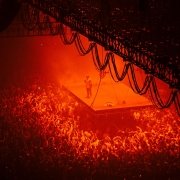 Why you should choose drone videography for concerts 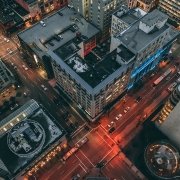 Pros and Cons of Drone Videography 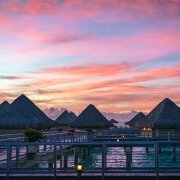 How to travel with a photography drone
0 replies