Blog - Latest News
You are here: Home1 / Drone Photography2 / When and How to Acquire a Permit for Aerial Footage Shoot

Drone videography and photography is a growing segment in the commercial drone market. Although federal drone regulations rely on getting commercial authorization, the passing of state and local regulations makes it virtually impossible for drone pilots to guarantee that they are filming legally.

Do I need a permit for drone photography?

The short answer is, it depends. Apart from the usual ‘know before you fly’ rule about not flying near airports and over prohibited areas, there are other state regulations that prohibit people from taking pictures of people without permission. Moreover, there are also altitude limits you need to follow to obtain a permit.

Some states have special regulation against flights that might be considered “peeping tom” activity. To know exactly what rules apply to your drone, you must determine how you intend to use your drone. In case you plan on making using money with an unmanned aerial vehicle (UAV), you will need to pass an FAA test to obtain Part 107 certification. This certification will enable you to capture aerial videos and stunning images.

From film productions to real estate and weddings, there are endless ways to use drone cameras professionally. But for some of us, flying is only for fun and sharing videos. Obligatory drone registration for recreational pilots was a prerequisite in the past. However there was later a court challenge and after legal proceedings, all recreational pilots in America need to spend $5 to register with the FAA before they can fly outdoors. You need to register an aircraft that weighs between 0.55 pounds and 55 pounds. This weight also includes added payloads, for instance an onboard camera.

While flying a drone is a lot of fun as it gives you the freedom to capture unique images and video, it is crucial that you follow the FAA rules to make your aerial videography more pleasurable. Moreover, common sense also dictates that drone pilots should avoid flying their expensive machines near crowded and unknown places.

But make sure that you are aware of all local and state regulations as failure to do so can result in fines from the local or FAA authorities. Always consider if you are going to need drone insurance for your shoot to protect your equipment and shelter you from the risk of damaging someone else’s property.

The U.S. military first began flying and developing unmanned drones in Afghanistan in 2000. We all know that drones were primarily used by the military. However, in 2006, the FAA issued the first commercial permit. Drones are now widely utilized for rescue operations, farming, construction, real estate and a variety of other uses.

Despite the widespread use of commercial drones, critics are raising a number of security and privacy concerns. Some people still use drones to illegally capture recordings or photos of citizens. Drones are also vulnerable to outside control and hacking, which worsens security concerns.

FAA offers detailed instructions concerning the flight and registration of unmanned aerial vehicles. But currently there are no rules for drone use on private property.

In recent years, thousands of small drones have been sold in the United States. However, most of these are flown as toys. But since drones are cheaper than most forms of aerial technology, leading experts believe that these updated videography equipment are going to transform all major industries.

Applying for a permit

If your project is in the state of California, you can apply for a permit directly with the California Film Commission if your project requires.
February 12, 2019/0 Comments/by LA Drone Footage
https://ladronefootage.com/wp-content/uploads/2019/02/how-to-aquire-aerial-photography-permit.jpg 1757 2000 LA Drone Footage http://ladronefootage.com/wp-content/uploads/2019/01/LA-Drone-Footage-White.png LA Drone Footage2019-02-12 19:23:402019-06-25 20:57:46When and How to Acquire a Permit for Aerial Footage Shoot 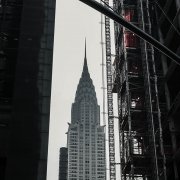 How to Document a Construction Development Project with Drone Video 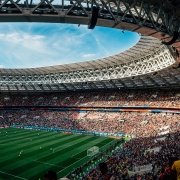 Why You Need Drone Videography for an Upcoming Sporting Event 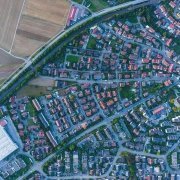 How Companies Are Using UAV’s For Industrial Inspection 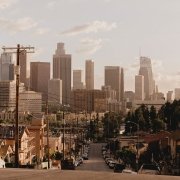 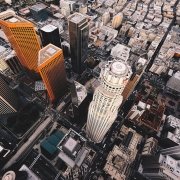 How Drone Footage can Make a Film More Captivating 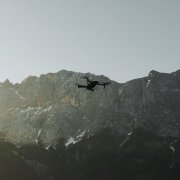 Top Drones for getting started with Aerial Videography
0 replies